Drink in the City 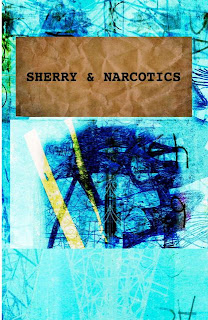 By Vivian Lake
This searingly authentic portrayal of a young woman's downward spiral is the best and boldest writing I've seen in a long time.  First-time novelist Gardner pulls no punches with her prose. Her writing is so emotionally authentic and unfiltered you'll have to lie down to recover.

The first person perspective works brilliantly here to drop the reader right in the middle of a troubled young woman's self-delusional downward spiral.

Mary is a talented young American writer living in Manchester who's had some success as a playwright, but thanks to addiction, when we meet her she has given up serious writing and is writing term papers for money. She is lying to her family about her drinking (and occasional drugging), and has started a relationship with a man she is to damaged to assess properly. It quickly becomes apparent how bad thing are, and it's  obvious that they're going to get worse.

Mary's two addictions are alcohol and Jake. Jake, a fairly well-known writer reached out to her and half-heartedly started a relationship. Mary's reaction is to hang on to him like a life-preserver, infusing him with all the love, generosity and good will she would want, but not realizing that the whole time, he's just standing there while she creates the relationship around him. You're wondering if she will ever realilze the truth about him, you'll wonder just how long she can remain deluded about him. Let's just say longer than any sane person could be.

Gardner paints such a wretchedly accurate portrait of the drug and alcohol fueled haze in which Mary lives, the pain she's trying to obliterate bleeds off the page.

You will find yourself cringing, moaning, screaming at Mary as she drunkenly fumbles through work, relationships, and the danger she occasionally places herself in. The narrative is as addictive as its subject, compelling you to turn the page, get to the next horror, delusion, despair, and it is great writing that gets you to sit still for something you wouldn't want to witness in real life.

In spite of its dark subject matter, Gardner somehow weaves in comic moments, and writes a runaway train of a narrative which is as compelling as any thriller. And magically, she also provides a point of light, the possibility of enlightenment and redemption.
Posted by Vivian Lake at 11:44:00 AM